A recent opinion poll conducted by Afrobarometer left us in little doubt as to who is going to win the presidential election on 18th February: it placed Museveni on 66%, and Besigye on just 12% (with Otunnu and Mao on 3% each).

Certainly, the incumbent was always going to be the favourite here, given his privileged access to the 'levers of state'. Nevertheless, it has come as a surprise to many, even to veteran Uganda commentators, that he is so far ahead at this stage.

One of the reasons why Museveni is doing so well is the skill with which he (with his team) has controlled his media persona throughout these campaigns. Perhaps it is the case that all elections, the world over, now hinge on the way in which the protagonists present themselves in the media. However, it is worth remembering that in Uganda, this is a relatively recent phenomenon, given that most of the population, outside of the main urban areas, still have only limited access to print media, or to television - or in other words, to any form of visual media. Hence it is a masterstroke that Museveni's media persona in these campaigns has been centred around sound, or more specifically, a 'rap' song - one which has been played seemingly ad infinitum in recent weeks, on the dozens of radio stations which now broadcast throughout the countryside.

The origins of Museveni's song trace to a free concert that was held in Central Kampala a few days before the nominations closed, in late-October. Museveni arrived at the concert in full military fatigues, and proceeded to 'rap' to the gathering crowd (he was in fact reciting two well-known Runyankore nursery rhymes). His efforts were recorded, and were subsequently re-mixed as a campaign soundtrack by the fashionable Fenon Studios. The track was an immediate success, for two reasons.

Firstly, the song has galvanized Uganda's young urban voters to the president's cause. This constituency had previously been a mainstay for Besigye and his Forum for Democratic Change (FDC). Secondly, and more importantly, the way in which Fenon remixed Museveni's words recast his patter in the style of someone doing 'okwevuga'. This is a highly technical form of public oratory, by no means easily mastered, which involves a stylized form of rapid rhyme that is rich in allegory and metaphor - hence it is in some ways similar to (at least the more artful forms of) commercial 'rap'. The practice of okwevuga is today most frequently associated with wedding ceremonies, where guests sometimes use it in their speeches. However, it has also been associated, from pre-colonial times onwards, with skilled political leadership. In recent years, a well-known radio presenter in South-western Uganda used it in the credits of his show, and to powerful effect - for a period, his show became the most popular program on the airwaves.

Thus, with the song now playing day-in, day-out, in villages across Uganda, the population is constantly reminded what a capable leader they have. Listen to Fenon's song:

In the weeks following the release of the track, a number of newspapers, including Uganda's main Luganda-language paper Bukedde, poked fun at the song, by publishing pictures of Museveni's face spliced onto the body of various famous 'gangsta rappers'. Museveni's press secretary Tamale Mirundi reacted angrily to the images, describing them as 'offensive', and demanding that they be immediately dropped from future publications.


Yet Mirundi's reaction is itself illustrative. Because it shows that his team does not want any unauthorized images of the president to undermine their carefully constructed control of the aural media space - the very space in which their campaign is currently being won (and the fact that Zain telecom have now turned the song into a mobile phone ringtone is another interesting aside here).

A member of Besigye's campaign team recently quipped that if he wants to mount a come-back in the current campaign, then he will also have to release a rap-song. Otherwise, it will surely be DJ Museveni who is still in State House on 19th February. 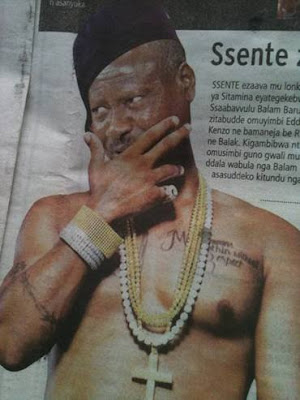 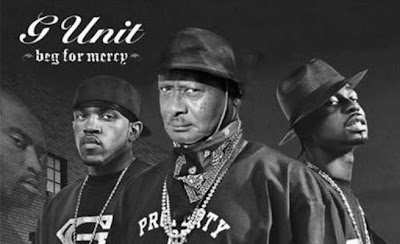 Posted by Dr Richard Vokes at 7:05 AM No comments: